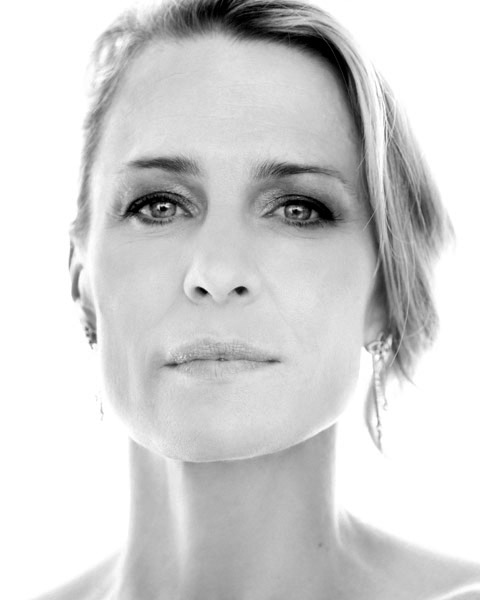 Shortly after the above entry was made, Major Aderanne failed to return from a dark operation. After initial recon was sent to her last known point of contact, she was believed dead in line of duty, according to the local rumor mill about a skirmish that ending badly for the soldier involved. Approximately a year later, however, Aderanne resurfaced via holocomm and succeeded in making contact with pilot Kort Garret, who forwarded her distress message to the proper channels and facilitated her retrieval from backwater misery.

Her tumultuous relationship with her career and peers continued for a few more years, unchanged. It was around this time that her friendship with off-and-on pilot, Garret (who was also waffling with his future in the military) began to develop into something a little more interesting.

Her thirtieth birthday became subject of torment for the Major once word got out and plans for a night of mayhem began, in her 'honor'. The evening started out pretty smooth with a steady flow of food and drinks. Boredom eventually took hold, however, and the card games got a bit riskier. Her memory's a bit hazy, but a certain game of poker came down to Kort and herself as the semi-finalists still in possession of credits and clothes. What began as an incredibly competitive and slightly heated match between comrades in arms resumed later in a quieter setting, after a brief 'cool down' period and after the other players fell into drunken sleep.

Both parties will claim victory over the other, but odds are, they never finished the game. What IS certain is that several weeks later, the Major was in for a 'major' surprise. Equally, so was Kort.

Three months later, Ambrosia Aderanne retired from military life and joined Kort in his pursuit of a shipping business.

Five months after that, Jax Greystorm was born.

In the months preceeding the birth of their son, Ambrosia and Kort reconciled their feelings and acknowledged that potential for something more than friendship obviously existed. Monogamy took hold, and after Jax's birth, the couple legitimized his existence with a simple ceremony. Ambrosia tooks Kort's recently changed surname - Greystorm - as her own and together, they ran the successful "Greystorm Shipping" enterprise.

Nearly two decades passed before the infamous "Ice Queen Aderanne" was hunted down and coaxed to the surface by General Organa - now leader of the Resistance - with the hopes she'd offer her return to "official" service. A few drinks later she did, under her married name, Greystorm (of Greystorm Shipping Co), as well as her legitimate first born, Jax Greystorm. It'd with quiet, ghost-like existence she'd recently been living, laying dormant on Nar Shaddaa to await her next order...

Then she got shipped to D'Qar. The Major got to work, implementing training regimens of old to help whip this generation of fighters into shape with the assistance of other older vets. She kept to the Resistance Base most often, training, briefing, and keeping the medical team gainfully employed. After a fateful op on Sullust left her spine (among other things) damaged, she didn't beyond the walls of medbay for a long time - much to the relief of subordinates.

Recovery was slow, but an overall success. Ambrosia still suffers periodic bouts of heart palpitations and 'minor' auditory hallucinations, as well as occasional speech impediment and difficulty with math. Not that she was genius before, but her brain suffered some permanent damage during this last trip into the afterlife.

Major Greystorm was promoted to Lt Colonel and returned to the subterranean levels of Nar Shaddaa stink, having joined Gren Delede and Sar Yavok in the installation of a Resistance cell called the Kath Hounds to monitor and hopefully thwart FO and Hutt Cartel relations. This base of operations was her main abode until the General requested she help to form up a more capable intelligence unit to launch abroad and check for leaky pockets among the Republic elite who were suspected of funding First Order affiliates.

When Sar was discharged and Delede lost in action and presume dead, Ambrosia took full command of Hound Base. She developed relationships with local suppliers, including Adhar Gann. Her youngest son, Wedge, came to join the Resistance ground forces near the end of their stay on Nar, much to Ambrosia's dismay. As mounding intelligence and word-through-the-grapevine proved the Order was growing in strength and capable of more than the Republic had feared - but Resistance worried it might - Hound Base personnel were recalled to D'Qar to regroup and prepare for what storm was coming. She was promoted from Lt Colonel to Colonel.

But they hadn't imagined it'd be as sudden or as horrific as it was. The StarKiller struck, wiping Hosnian Prime and the Republic's stronghold from the starcharts. The war was officially on. Han Solo returned to base with a couple new allies in tow and Finn's knowledge coupled with what recon pilots brought to table enabled the Resistance to launch a retaliation, under Solo's command. Ambrosia didn't anticipate any of them would survive the suicide mission, and so sent a courier with a special recording for Jax to share with his siblings about the hidden details of her former life. A gift of truth.

StarKiller was destroyed, the famed smuggler along with it, and many a heart made heavy. Once the strike team returned to D'Qar, they knew it was only a matter of time until the First Order traced them back to their origin and launched an assault. D'Qar base was evacuated.

Events of TLJ transpired and her son, Wedge, was unluckily onboard one of the many escape shuttles that were blown apart by the First Order's pursuit. He'd recently celebrated his 19th birthday.

After the survivors were rescued by Rey and Chewbacca from Crait, they returned to their old base on Nar Shaddaa to lick wounds and regroup, resupply, and plan a future. Leia departed shortly thereafter with Rey to uncover truths that may help win this war in a way the rest of the troops cannot begin to understand. Ambrosia was promoted to Brigadier General, to command the Army forces, Sar Yavok to Colonel, to lead their special forces into dangerous territory, and Gren Delede to Rear Admiral to command their rebuilding fleet. The three veterans now lead the Resistance in Leia's stead.

In under a month, their cover on Nar was blown, assumed to have been found out by a tracker placed on a personnel's craft when docked in public territory. Ambrosia was topside, checking on a surveillance equipment malfunction when she saw it coming - a legion of stormtroopers, armored vehicles, and the unmistakable scream of TIE fighters building in the distance. A hasty duck back into the warehouse front bought her a few minutes' time to hail the base below with an evac order and disable the lift and rail car before the First Order was at their doorstep.

The Brigadier General went out to meet them, flipped a double-fisted gesture of welcome, then took her hit-and run tactics to the alleyways in attempt to distract some of the overwhelming force bearing down on the wounded Resistance.

About a day later, she awoke to the suffocating smolder of ash and garbage and crawled her way out from under an overturned dumpster. The Ugnaughts scavenging the remains of the battle were in for a brief, heart-stopping surprise when they unearthed the angry woman from her would-be burial ground. The old rebel left their stunned bodies there and stole their speeder bike for a panicked race into port. Specifically, a trusted contact's hangar. Adhar Gann brought her into his apartment there under disguise and once her son and doctor daughter-in-law were summoned the woman was cleaned up, patched up, and put a call through to their ships. All of them. Hoping to find 1 still flying.

<Resistance> Jax Greystorm says, "Man that Egg drop soup I had for dinner was good."

<Resistance> Ambrosia Greystorm says, "You, too?"

<Resistance> Jax Greystorm says, "Gah... I am not your cat."

<Resistance> Jax Greystorm gets up on the frige out of Ambers reach and just glares at her.

<Resistance> Ambrosia Greystorm's squirt gun has got range, you mongrel.

<Resistance> Ambrosia Greystorm spritzes Sar out of her dresser drawers at least twice a week.