From Star Wars: Age of Alliances MUSH
Jump to: navigation, search
Once upon a time I wanted to make a serious, morally rigid, athletic, Mary Sue of an ace pilot... And then I failed every dice roll.
I don't rock the boat, but it's always unsteady. 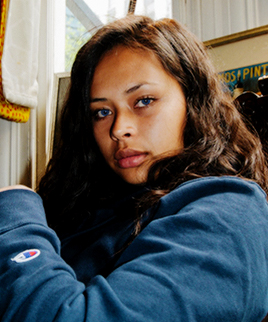 A Series of Unfortunate Events

The quiet, youngest child of a Coruscant-based ecologist and political scion, Jehn received a rigorous early education and quickly discovered that her mathematical and technical way of thinking translated well to starship systems. As a budding teenager, she sought out a supplemental (and admittedly unorthodox) schooling from whomever would give her the time of day, which resulted in a slew of unconventional personalities influencing her formative years... And it shows. She learned to fly from a lonely, older gentleman who ran a small shipping company, learned mechanics from his crew (who, admittedly, weren't the best influence on a young girl), and underwent a scattered and patchy schooling in basic engine engineering from an eccentric Twi'lek woman who bred Loth-cats in her spare time.

She left home at 17 to traverse the galaxy, hopping from contract to contract on shipping freighters, repair runs, and other odd jobs, painstakingly saving credits over the next decade with the intent of purchasing her own ship... But, as most do, Jehni'va ran out of luck on Nar Shaddaa. A vengeful co-worker set her up to be robbed, kidnapped, and enslaved – but she escaped. While she may have avoided the worst, this left her stranded on Nar: homeless, penniless, and alone.

Where is She Now?

After a year spent living in the park on Nar, she stumbled into the employ of Hex, Kasia Ciph, and Naelyn - freeing slaves, screwing with the Hutts, and being attacked by wild animals with Defiance Barter and Acquisition Guild. Jehni'va kept herself busy flying and fixing ships for the DBAGs, collecting wildlife, and making overall poor life decisions. When Defiance disbanded, she was brought on as a pilot for the Calamity, though she continues to fly her own ships, the Fool's Rush and Fool's Errand. She has also, recently, come to purchase Shug Ninx's Space Barn.

The Fool's Rush
. Jehni'va Cihn has come far from the homeless and down-on-her-luck woman that once slept in Karrigun Park; she has carved out a life and an extended family that includes a ragtag crew, an enthusiastic R3 unit, a series of exotic flora and fauna, and an anooba named Crona.

She has a true, and unwavering affection for everyone on this ship, but sometimes she wonders how any of them made it to adulthood. - Kasia Ciph

(OOC)- Tarion Tavers says, "When Jehni'va does you a favor you end up worse off than before"

-(OOC)- Tarion Tavers says, "Jehn is the light in the darkness and the batteries are dead."

""...And keep an eye on Jehni'va, ok ka. Bless her heart." Which is obviously the most savage thing you can say about a person." - Hex

-(OOC)- Tarion Tavers says, "It wouldn't be Defiance if we didn't shoot Jehn ourselves before the end."

<Defiance> Dim Gangly Angel Jehni'va Cihn says, "I am a skinny ho that cannot move anything to any of those"
<Defiance> Naelyn says, "Like, I can believe this. But, you make up for it."
<Defiance> Hex says, "With what, lovable pathos?"

There has been a tidal wave. Jehn is sobbing and sopping wet, flailing her arms in the puddles and despairing, then triumphantly holding a single fish aloft before slipping around the bay. Tarion is watching and offering helpful commentary on the nutritional disvalue of water. Kasia is trying to supervise. Bonzi might be dead, Naelyn is checking.
-(OOC)- Hex says, "Oh my god I leave for 5 minutes"

-(OOC)- Tarion Tavers says, "Hey guys, remember that party where I shot Jehn and then a bug the size of a cat ate her intestines"