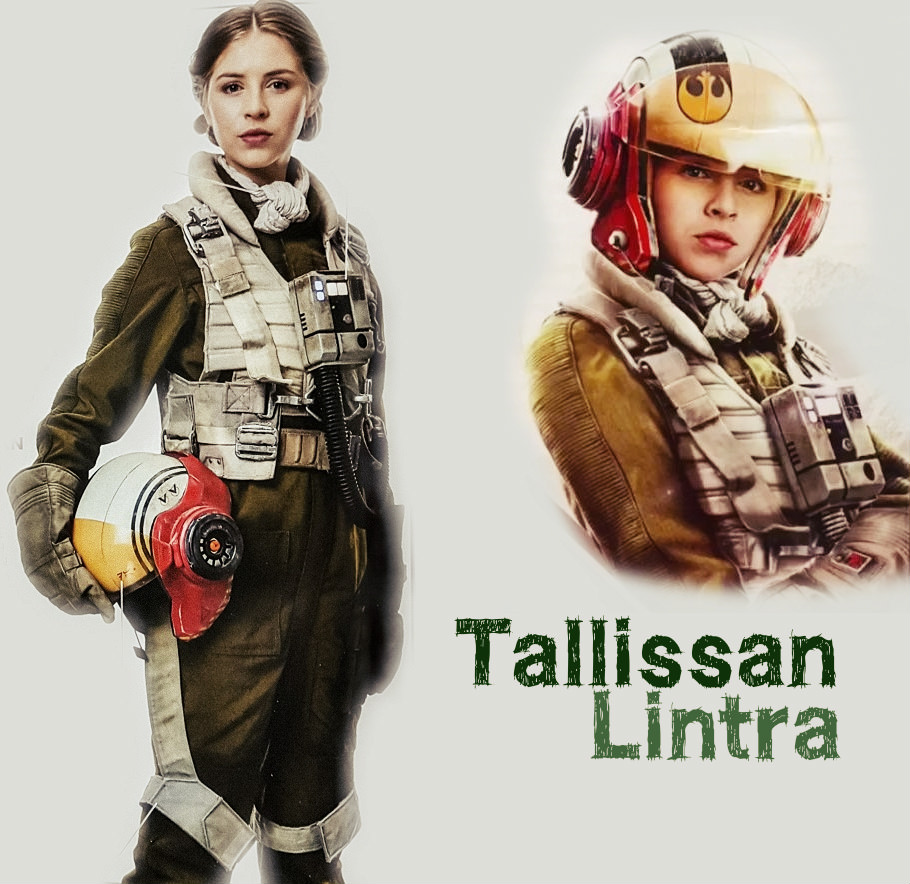 Tallie's eyes, the blue of the sky on the edge of space, are direct, uncompromising and unshadowed. With an athlete's build, muscled and toned to sleekness, she moves with firm confidence and grace. Honey gold hair falls in loose waves to the middle of her back (a vanity for a fighter pilot) framing a firm chinned, oval face with high cheekbones. The smoothness of her unlined skin underscores the appearance of youth.

Tallissan Lintra is a pilot for the Resistance who's A-Wing was in the Raddus' hangar when it was destroyed by Kylo Ren's torpedos. Her A-Wing was ejected into space and badly damaged. Tallie was considered KIA, but in fact her A-Wing's armor and shields protected the pilot and after several days of floating inside the heavily damaged ship she managed to get its system's online long enough to get down to Crait where she used the comm systems to contact a nearby bulk freighter. Since then, Tallie has been recovering from the injuries she sustained and retraining herself to be a pilot once more in the hopes of returning to the Resistance. She's been flying freight for this company, and is now confident in her ability to find her allies and return to them. 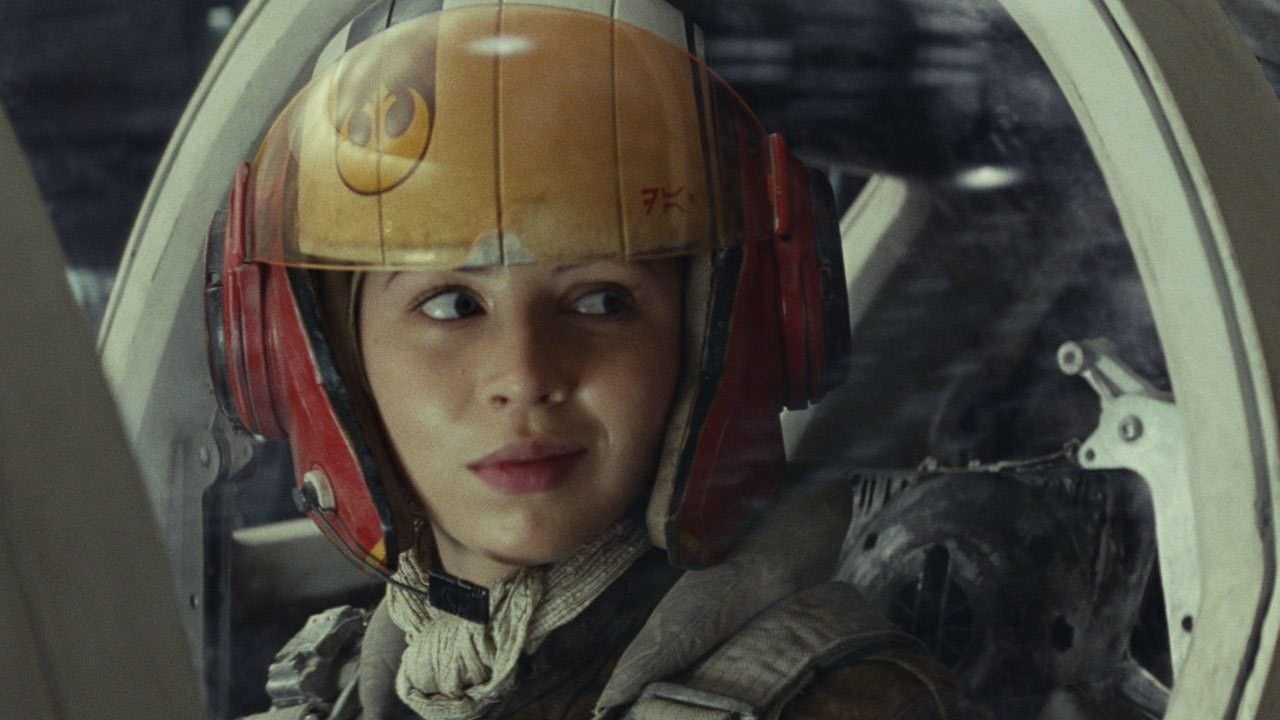