Gren Delede is old. Not ancient, but old enough. He was born into the Imperial elite on Coruscant, and got kicked out of the finest military academies. He managed to scrape through, and his father, an ISD Captain, was able to get him into the Imperial Academy. There, to his family's eternal shame, he excelled as a fighter jockey, and ended up flying Tie Fighters against the Alliance, in the early days of the war. He further developed bad habits from his school days, and found himself often broke, and dealing with a serious gambling addiction.

After a fateful refusal to pacify a colony of Alliance-sympathetic Talz, and a brief engagement with his wingmates...Delede stole a freighter on the surface, and fled with a few surviving Talz. He soon defected to the Alliance, and found a niche. He was a talented combat pilot, and a decent leader in his sarcastic, rough and tumble way. He was eventually given command of an A-wing Squadron.

He survived Endor, and continued in the service for a short time...until he was forced into retirement by the Republic brass. His gambling habit wasn't a big deal for a Rebel Major, but for an upstanding Republic officer? They couldn't have that. His squadron was reassigned, and his beloved A-wing was retired and sold at auction.

Delede ended up flying as a merc all over the galaxy, with his most recent exploits ending in yet another termination by the Hutts for unprofessional behavior on an escort run. His old friend Sar Yavok has asked him to fly the 'Dusty Jawa'.

Sar and Gren ended up as business partners, forming Rebel Yell, a merc group founded on many of the principle of the Rebel Alliance. They've become very successful, quite quickly.

After a number of successful campaigns, and a lot of credits earned, Gren Delede and Sar Yavok retired from the private sector. Gren has since pitched in his lot with the Resistance.

Recently, after a lot of help from his friends, Gren was able to track down, and re-appropriate his old A-wing, Last Call. It was impounded by ESPOs in the Corporate Sector, and remains in lockup. 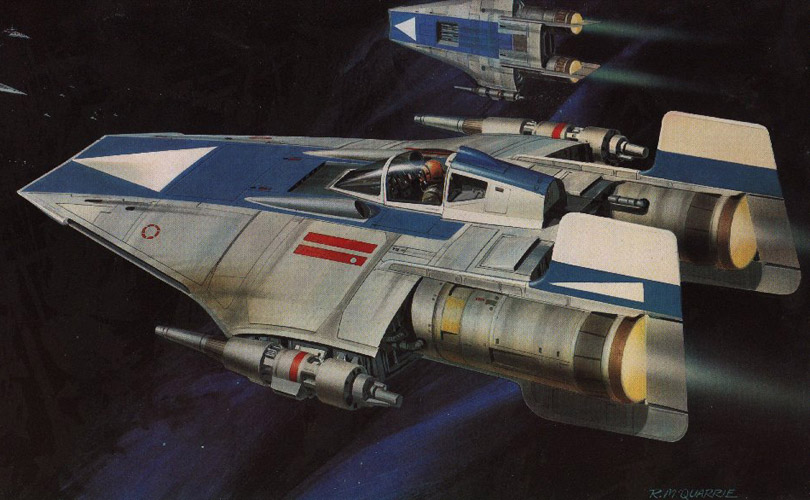 Acting on intelligence, Rebel Yell assaulted a base of the Luyam Pirates, and seized a Carrack-class Cruiser. Due to his experience with Imperial ships, and more importantly because it goes fast, and he wouldn't have it any other way....Gren assumed command of the re-christened Phoenix. Phoenix was destroyed while on a mission for the Resistance in the Corporate Sector. An ambush cost many of its crew their lives,

and resulted in Gren's imprisonment an a Corporate Sector prison.

The Corporate Sector and Beyond

Gren was dispatched to the Corporate Sector by Resistance Command to acquire weapons, and forge working relationships with smugglers and the like. All went well until an ambush by a particularly nasty band of pirates, possibly backed by anti-Resistance political groups. The Phoenix was destroyed, and many of her crew perished. Delede was able to escape, and find work with the very band of pirates that attacked his command. After a few months, he was able to escape with his A-wing, Last Call(it had been captured)...only to end up thrown into a Corporate Sector Authority prison at his first port of call. Last Call was captured.

After a number of months in the hellhole, Captain Delede was able to escape, and steal a Sentinel-class Landing Ship on his way off-planet. The heavily armed ship has been christened Last Call II in honor of the A-wing he was forced to leave behind.

Shortly after his return to the Resistance fold, he took part in the attack on Starkiller base, crash landing into a platoon of Stormtroopers. He evacuated aboard the Millennium Falcon. He then lead a flight of X-wings that covered the evacuation of D'qar Base to the Raddus.

He survived the destruction of the Raddus, and the battle of Crait. After the Resistance re-based on Hound, was the senior Starfighter officer for a short period of time...

Shortly before she left, General Leia Skywalker met with him in the mess hall at Hound Base. She promoted him to Rear Admiral and placed him in command of the smoldering remains of the Resistance Navy and Starfighter Corps. Only the secret flame he carries for the superior officer kept him from disappointing her with a denial of the job. He still fully intends to fly combat mission when possible.

He currently commands the fledgling Resistance fleet from the bridge of the Renegade, an old Rebel Assault Frigate donated to the cause via Rogue Squadron.